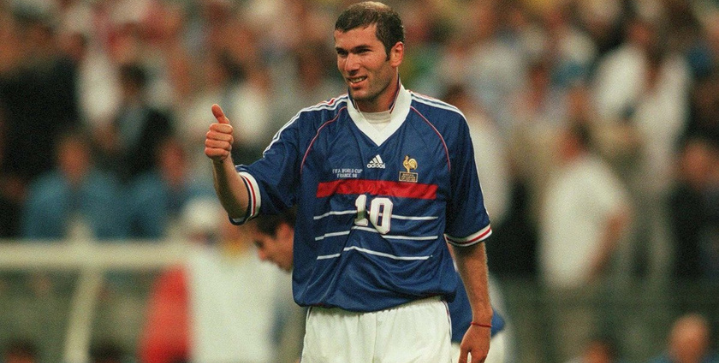 From the v-neck of Italy’s kits in the 1990 World Cup to Brazil’s dry-fit outfits in the 1998 tournament, the 1990s witnessed a sea of change in shirt design. Here’s our review of the best kids from the period.

In 1996, Nike took control of Brazil’s uniform design and prioritized changing the collar from v-neck to crewneck. They also reduced the bagginess of 90s jerseys, focusing on giving players optimal movement. What resulted in the 1998 World Cup was a thing of design class. Not only did the jersey incorporate dri-fit technology that kept players cool, but it also retained the iconic Brazil yellow with subtle stitches of green on the shoulders. While small, the emblem makes the entire kit free and more vibrant.

With red checkered flags running across the kit and the coat of arms placed in the center of the chest, Croatia’s 1998 World Cup was quite a coming out party. It was the first time the county was playing on the international stage since the country declared independence. With a third-place finish and snazzy kits, Croatia made their presence forever known in World Cup folklore.

In a standout shiny blue uniform, the 1990 Italian World Cup design emphasized the country’s green, white, and red national colors on the arm and collar trims. The flag itself featured as a patch on the left chest. A top kit with some plain white shorts and all blue socks to complete the outfit.

With the United States hosting the World Cup on its own soil, the home kits had to look legit and in true American fashion, patriotic. The result was something that looked like a shirt made out of faded blue jeans with a panoply of stars without the stripes. Combined with punk Alexi Lalas and his orange locks, the kit turned out pretty epic.

If you thought the 2018 Nigeria kids were rad, they were based on the original kits twenty years earlier. The Super Eagles wore Adidas uniforms with beautiful green African prints topped up with a flag-style collar and arms trims.  Amazing.

Sure, the Mexico jersey had to be predominantly green. But the Aztec-inspired print of the god Quetzalcoatl on the Aba Sports Mexico 1998 jerseys makes it an instant classic.

Winner of the 1990 World Cup, Germany wore an Adidas kit with the tricolor flag’s black, red, and gold zigzagging across the chest. The graphic design was ahead of its time.

The World Cup 98 winners France also happened to have one of the best kits of the 90s, with the Gallic rooster and Adidas branding, none more epic than the tricolor strip on the sleeves.

Like Iceland’s appearance in the 2018 World Cup, the Reggae Boyz we’re surprise entrants of the 1998 World Cup. And the kits were one of a kind. Sporting a melange or yellow and green colors, a large print of the Jamaican flag ran outside the right side of the kit and flowed down to the shorts. From head to toe, it was truly one uniform with the Kappa logo acting as the centerpiece.

The Dutch orange always produces a classic kit. The 1998 classic sported a v-neck cut with black strips over the collar and arms. With bold numbers on the front, the crest over the heart, and orange socks to boot, it’s hard to look away from such cool uniforms.

Argentina wore one of their best kits of all time at the 1998 World Cup. With their trademark white and light blue stripes and the AFA logo over the heart, it also has black Adidas stripes on the arms. Plus, we can’t ever forget Gabriel Batigol Batistuta bagging goals left and right in this kit.