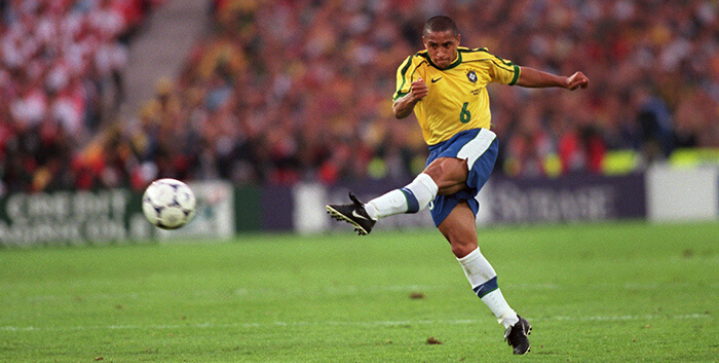 Is there’s anything better than watching a dead ball come alive through a beautiful strike into the back of the net? There have been some spectacular goals throughout the years, each impressive in their way. Let’s take a look back at the top free-kicks of all-time.

Known for a thunderous left foot, it’s no surprise that Brazilian Roberto Carlos makes it at the top of the list one of the best free-kicks. His 35-yard blast against France in a friendly has been doing rounds on the internet for nearly two decades. We suspect that people will be talking about this curler for many more decades to come.

One of David Beckham’s best and most important goals came in his old stomping grounds at Old Trafford. With England down 2-1 to Greece, the Three Lions needed a dose of magic. So what better than the bend it aficionado himself to seal the tie with a beauty of a kick to send England to the 2002 World Cup. Glorious.

It wouldn’t be a proper list without including the one and only Ronaldo. This dip of a free kick in a Premier League match against Portsmouth was a real screamer. Standing from 35 yards out, he blasts a knuckleball beyond the reach of David James. The goal sent Manchester United atop the table.

A master of free kicks, the Uruguayan forward Alvaro Recoba ripped one against Bologna in a Serie A match from 2003. The trajectory of the ball wrapped around the wall as if he directed it with remote control.

Brazilian free-kick maestro made his free-kick against Bayern Munich in Champions League dip so hard it made the legendary goalkeeper Oliver Kahn run into the post. An astonishing 44 of the 100 goals Juninho Pernambucano scored for Lyon were free-kicks.

The FA Cup is always full of exciting comebacks and finishes, but no better when two rivals go at it. In this case, Paul Gascoigne nails a beauty of strike against Arsenal in the top right corner. David Seaman didn’t stand a chance.

Even at the closing stages of his career, the ever-creative Ronaldinho could score a cheeky one. Posing to the Santos as if he’s going to blast it, he tucks it underneath the jumping wall of defenders to slide it home.

From 45 yards out, the Turkish midfielder Hakan Calhanoglu sends a leaping ball bobbing and curling its way in the air before dipping down into the left corner. All Jurgen Klopp could do is smirk in disbelief. Hard to beat that!

One of the better free-kicks in World Cup history comes courtesy of Peruvian midfielder Teofilo Cubillas. Using a teammate as a shooting decoy, he smacks the ball on the outside of his foot to fling it past the goalie.

Perhaps the best dead-ball specialist of all-time, Croatian defender Sinisa Mihajlovic could hit a free-kick from anywhere. But his hat-trick of free-kicks against his former club Sampdoria is something to marvel. Stand down, Messi and Ronaldo.

Signed in 1989 to play a part of Cruyff’s “Dream Team,” the defender scored an incredible 102 goals in his six seasons at Barca, including this bullet against Sampdoria in the 1992 European Cup Final to secure the Catalans side first Champions League title.

Holland players with the most caps