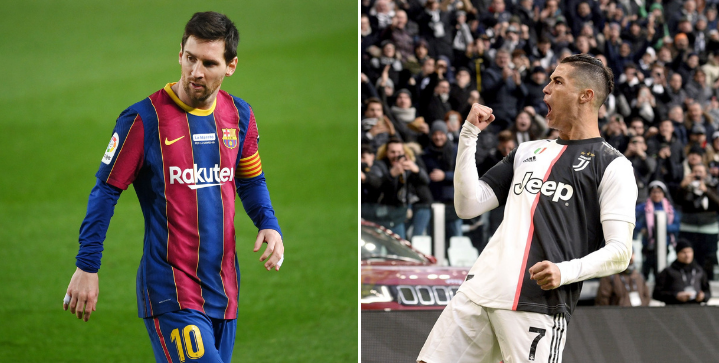 Paris Saint-Germain want to preserve their ascendancy as one of the best clubs in world football by creating the next super Galacticos. Last year’s Champions League runner-up are in pole position to lure both Lionel Messi and quite possibly, Cristiano Ronaldo, to Le Parc des Princes.

Here are the ten reasons why PSG are on the brink of forming the next super Galacticos.

After voting for Cristiano Ronaldo as the world’s best in previous years, Messi decided to snub Ronaldo in this year’s FIFA’s Best Award. The little magician instead signaled his future intentions by voting for Neymar, Mbappe, and Lewandowski, respectively.

With Messi going into his last year of contract at Barcelona and at odds with his boyhood club, he appears to be looking elsewhere. PSG not only could offer a deal what Messi currently earns at Barcelona, but it could also see the player reunite with his bestie Neymar.

“What I want most of all is to play with Messi again, to be able to enjoy him once again on the pitch. I’m sure that next year, we have to do it again,” said Neymar back in October.

Neymar has already started contract negotiations with PSG — his contract expires in 2020 — urging the Parisians to sign Messi.

Both Neymar and Messi are determined to continue their bromance on the pitch.

3. PSG will keep Mbappe at all costs

PSG have repeatedly declared starlet Kylian Mbappe essential to the team’s future. The 22-year-old World Cup winner has already helped PSG to 8 trophies and contributed a century of goals in just 137 matches for the club. The Frenchman, however, has rejected 3-contract renewals offers from the side.

Leonardo, PSG sporting director, is nonetheless sanguine about extending Mbappe’s deal within months. Mbappe’s €23M contract expires in 2022: “Negotiations with Mbappé for a contract renewal are advancing really well, it’s more advanced than it was a few weeks ago.”

Expect both Real Madrid and Liverpool to make last-ditch efforts to steal the deal.

4. The new “MSN” will be unstoppable

PSG could replicate the success of what was quite possibly the best attack trio ever, including Messi, Suarez, and Neymar (MSN). The three combined for 344 goals, 157 assists, and 7 trophies at Barcelona.

A new trio that includes 22-year-old Kylian Mbappe as Suarez’s replacement would be equally deadly and pose a nightmare for any opposition. Messi (23) and Neymar (21) are already one and two for most completed take-ons in this Champions League.

All teams have been affected by the Covid cash crunch in one way or the other. But PSG, state-owned by Qatar Sports Investments (QSI) bank, is one of the richest clubs in the world.

PSG are one of the few teams that could offer Messi higher wages than what he’s getting at Barcelona plus compensation that Manchester City — UAE state-owned — could not pay due to Financial Fair Play rules.

According to FootballTransfers, PSG have told their club stories to prepare for the announcement confirming the signature of the Blaugrana star this summer.

PSG fired Thomas Tuchel after the team’s struggles in Ligue 1 this season, replacing him with former Tottenham boss Mauricio Pochettino. The side is searching for their 10th French crown, currently sitting third in the table.

While the club finished top of Group H in the Champions League group stage, the Parisians face Barcelona in the round of 16. The draw will bring Pochettino one step closer to luring his fellow Argentinian to Paris.

The best way for PSG to convince Messi to leave Barcelona will be to eliminate the Blaugrana from Champions League.

“If I could coach Messi, it’d be amazing. Messi and I share out love for Newell’s. But you don’t know what the future holds and whether our paths will cross. I think Neymar and Mbappe will stay at PSG for a long time.”

QSI chairman Nasser Al-Khelaifi is determined to bring Cristiano Ronaldo to PSG as well, offering as much as 100 million euros to Juventus last year, according to Don Balon.

That enormous fee has since been reduced to €40m, according to the Daily Mirror, with a player exchange also in the mix.

Signing Messi as a free agent and Ronaldo on a transfer may come at the cost of losing Mbappe, however. Should the French star depart for Real Madrid, the Qatari owners will look to Messi and Ronaldo as brand pillars.

This goes without saying, but if PSG can recruit the two goats, Messi (Central attacker) and Ronaldo (Striker), and hang on to Neymar (Left Winger) and Mbappe (Right Winger), the four of them will be unstoppable.

Can you imagine four of the best players in the last decade playing all together?

Big money, superstars, and Champions League. The French giants will do whatever they can to maintain their rising dominance and win multiple European titles.

Let’s not kid ourselves; establishing a team of super galácticos of artists and finishers is the great equalizer for PSG. It’ll put Les Parisiens on the same level as football powerhouse Real Madrid, founders of the “galácticos” policy, which saw Luis Figo, Zidane, Ronaldo, and David Beckham join the Bernabeu.

10. Messi to face Barcelona this February in the Champions League Round of 16

We live in uncertain times, and football is more unpredictable than ever. The thought that Messi departs Barcelona this winter and suits up for PSG at Camp Nou is improbable but feasible.

If anything, the Champions League draw gives Neymar the chance to show Messi around Paris before their official reunion this summer.